Gillum-Waddell Plumbing, Inc. began as Gillum Plumbing in 1949 when Jesse Gillum purchased the company from another tradesman. The company was located at 509 South Florida Avenue and in 1956 the company was relocated to 104 East Palmetto Street in an old farmhouse that was built in 1910. Clark Waddell went to work for Jesse Gillum as an apprentice 1954. In 1964 Clark started working in the office as an estimator for the company, and in 1966 Gillum Plumbing became Gillum-Waddell Plumbing, Inc. as the result of a partial buy-out by Clark Waddell. By 1980 the company was solely owned by Clark & Melba Waddell. 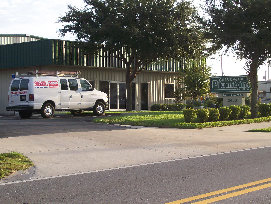 In 1986 Thomas A. Knapp Jr. started working for Gillum-Waddell as an apprentice and eventually became the Vice President and General Manager. Thomas and his wife Sharon purchased the company in February 2017.  In 1999 the business moved to its current location: